The Real History of Toothpaste Today 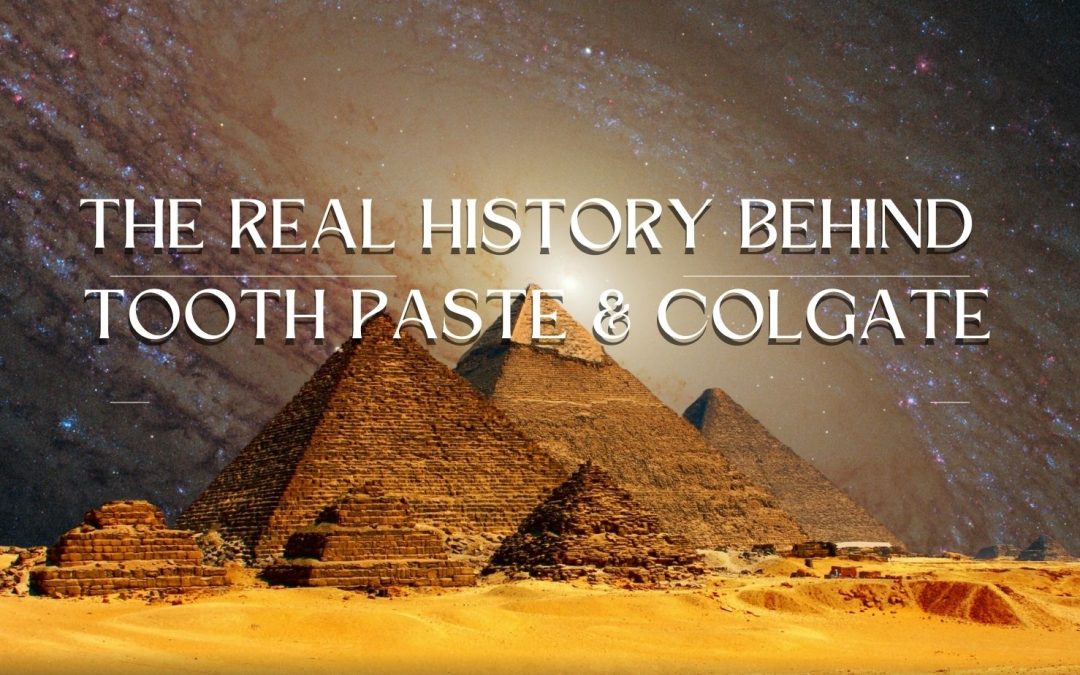 Starting from around 3,000 BC, the ancient Egyptians created a paste for teeth and gums made of oxen hooves, myrrh, eggshells, pumice and water. Talk about a real legacy: The same conceptual pumice mixture is still used today by dentists around the world to professionally clean and polish your teeth.

The Egyptians most likely used their fingers to brush and wash their teeth with this powder-like substance, helping to clean and wash their teeth and freshen their breath. The Egyptians were not the only people to use tooth powders. In ancient Chinese culture, herbal mints were mixed with salt and ginseng to wash the teeth. The Ancient Greeks and Roman people also used tooth powder to wash and clean their teeth. However, the Greek, Chinese, and Roman powders were significantly more abrasive than those used by the Egyptians and were made of crushed bones and oyster shells and the Europeans experimented with table salt. It all sounds quite tough on the tooth enamel.  The Egyptians won the war of creating toothpaste  in reality.

What did Egyptians use as a toothbrush?

Clearly at the start of the toothpaste creation and conception the Ancient Egyptians used their fingers as a form of a toothbrush but as the time went forward the Egyptians became more advanced at the toothbrush process.  The Egyptians are touted with the creation of many useful dental tools, most notably their exclusive instruments for dental care: chew sticks. The predecessor of the toothbrush we use today, primitive chew sticks were typically created of small and skinny twigs. One side served as a toothpick, while the other frayed end worked as bristles aka toothbrush.

It was not until the late 1790s that the first modern day toothpaste arrived, usually homemade. Some used burnt bread among the ingredients or dragon’s blood, a natural, dark red plant resin within the paste mixture.

When was modern day toothpaste first invented? Who and Where?

A dentist named Peabody, in 1824, was the first person to combine soap to the dental paste to ensure cleanliness, followed by John Harris in 1850, who then added chalk as an ingredient with the mixture. But around the same time period an American dental surgeon named Washington Wentworth Sheffield. Dr. Sheffield created a ready-made tooth crème, which included mint extracts for flavor, for use on his patients.  About 20 years later in 1870, the company Colgate mass-produced the first toothpaste in a glass jar.

The first tube of toothpaste was sold more than 20 years later, when Colgate began selling toothpaste in a tube in 1896. Toothpaste didn’t change much until 1914, when fluoride was added for the prevention of dental cavities. Soap remained a primary ingredient in toothpaste until it was replaced with sodium lauryl sulphate in 1945.  A landmark change occurred in 1892 with the mass usage of toothpaste.  Ancient civilizations would create concoctions that established the foundation of toothpaste and thousands of years later it was fine tuned to bring us what we currently have today.

When did Americans start brushing their teeth?

In the early 1900’s only about 7% of Americans actually brushed their teeth.  Most people in America started brushing their teeth in the 1930’s. Dental disease was actually a National Crisis in World War 1 times as most Army men had such horrible oral dental hygiene.

Since the 1940s, toothpaste has consistently improved and innovated; now there are many options available to tackle specific dental needs, like whitening, sensitivity, and tartar control. Today’s toothpaste is more effective than ever before in time, helping to lower tooth decay and prevent gum disease. Not only are modern toothpastes more effective at protecting dental health, they also taste so much better and provide longer lasting breath freshening results than its earlier predecessors.

If you have any questions about toothpaste give Dr. Vi a call or visit our Las Vegas / Henderson area Dental Office.